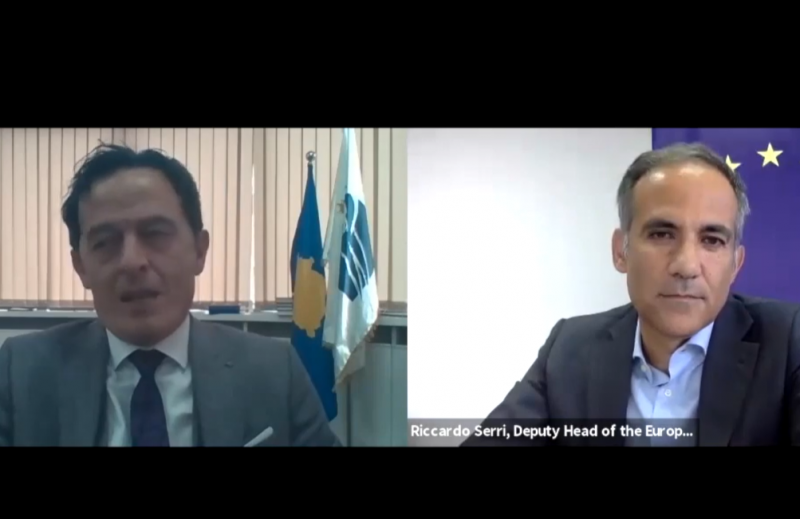 Discussion on the five year mandate of the Ombudsperson in Kosovo

On the 2nd of July, an online discussion took place between Riccardo Serri – Deputy Head of EU Office and Ombudsman Hilmi Jashari. The latter has been the Ombudsperson for the last five years and the discussion was a reflection on this mandate and the actual state of the human rights in Kosovo.

In more than 30 minutes, both Serri and Jashari shared their inputs on working with human rights in Kosovo. During this mandate, a lot of cases that went unnoticed for a long time have had a successful final verdict.

A video with messages of Ambassador Nataliya Apostolova, Head of EU Office in Kosovo/EU Special Representative, Duda Balje – Member of the Kosovo Assembly and Blert Morina – activist, was shown during the online discussion, as a tribute to the wonderful work Jashari has been doing during this mandate. 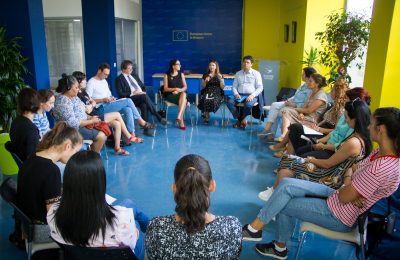 “Gender equality in sports” the next discussion at Europe House