Hasani was very emotional during her talk, telling the audience how she transformed into an intelligent woman by learning German as a refugee in Germany, after having to flee from Kosovo during the war. 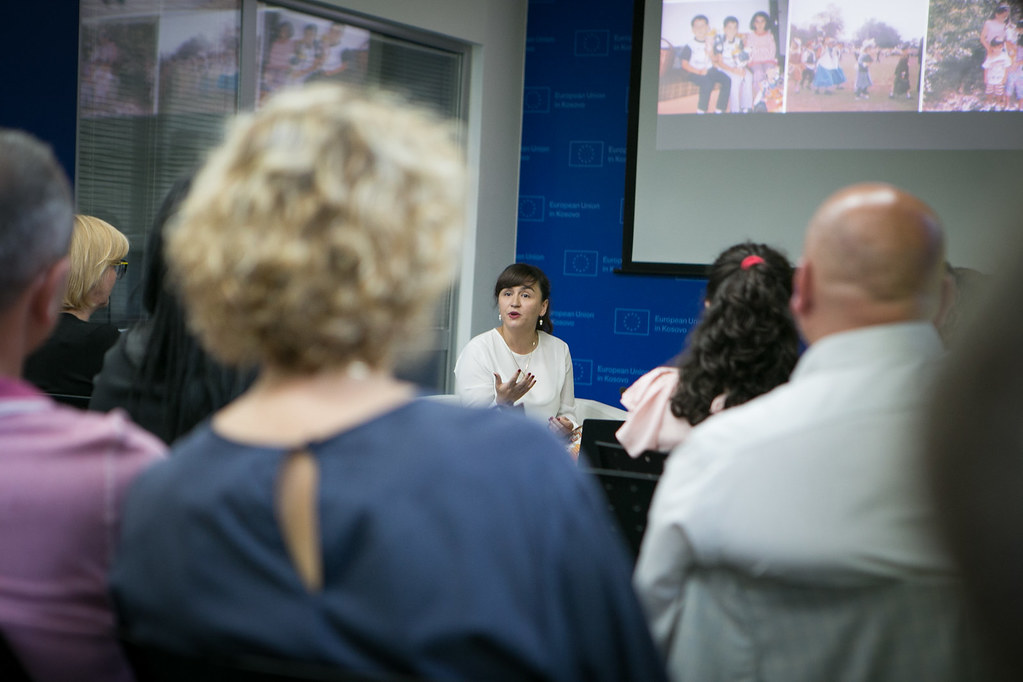 “Today, I have a group of five women who work full time and who are amazing at their job. And they were not chosen for their position because they were women, but because they were the best and deserved to be hired. Our intention is to help businesses from Germany and Kosovo to collaborate with each other and develop new projects and initiatives,” Hasani told a full house.

She also mentioned the fact that she is an occasional writer and a human rights activist, especially advocating for breastfeeding and equal rights for women. 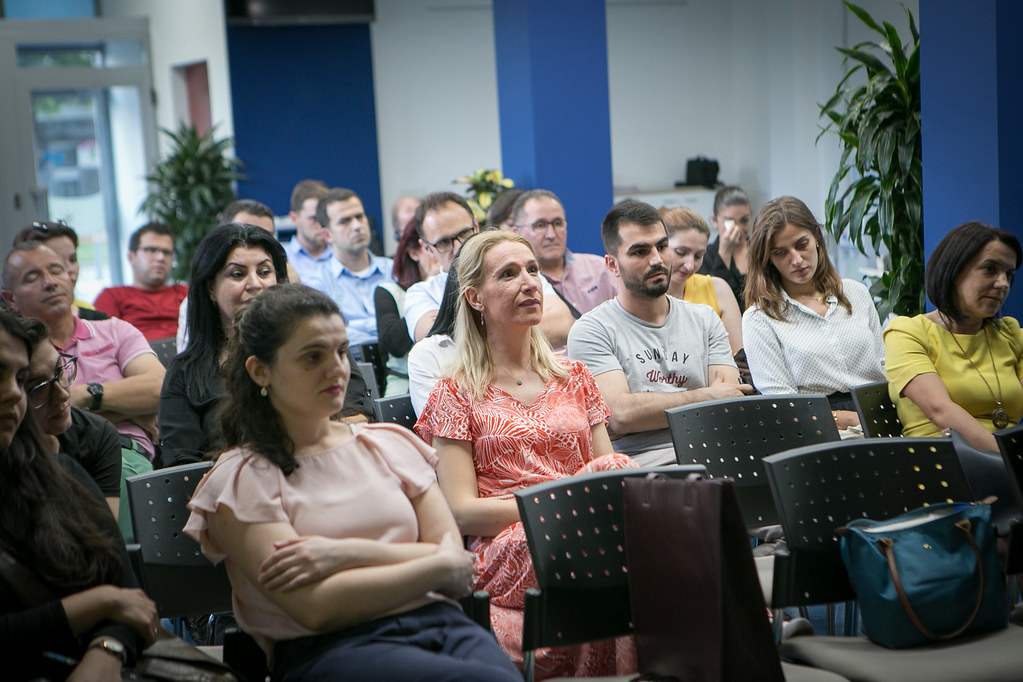 Hasani is a results-driven executive, focused on supporting and strengthening bilateral economic cooperation between Germany and Kosovo.

“I do believe that Kosovo can move forward, and that is the reason I have chosen to stay. I have had offers to work in Germany and elsewhere, but for my child and for other children I want to create a living environment, for a better future,” Hasani added.

KDWV is a member-driven business association that is dedicated to further strengthening bilateral ties and trade exchange between Germany and Kosovo. It advises, supports and represents German companies in Kosovo that are seeking to develop or expand their business activities.

KDWV was founded in 2012 through an initiative of the Embassy of the Federal Republic of Germany in Pristina.

The inspirational talk by Nora Hasani was part of the campaign on economic development, which started in the beginning of May and ended on 20 June.

EU gender talk on ‘gender mainstreaming in the health sector’

#LetsTalkEconomy campaign on economic development comes to an end