Between 13-17 January 2020, Europe Union in Kosovo in cooperation with Kino ARMATA is organising the European Film Festival in Pristina.

The film week will open with Croatian film “The Constitution” and close with French film “Bloody Milk”.

The entrance is free of charge and everybody is welcome to come and enjoy watching European films at Kino ARMATA this week! All films have English and Albanian subtitles.

See the schedule of films and more information below: 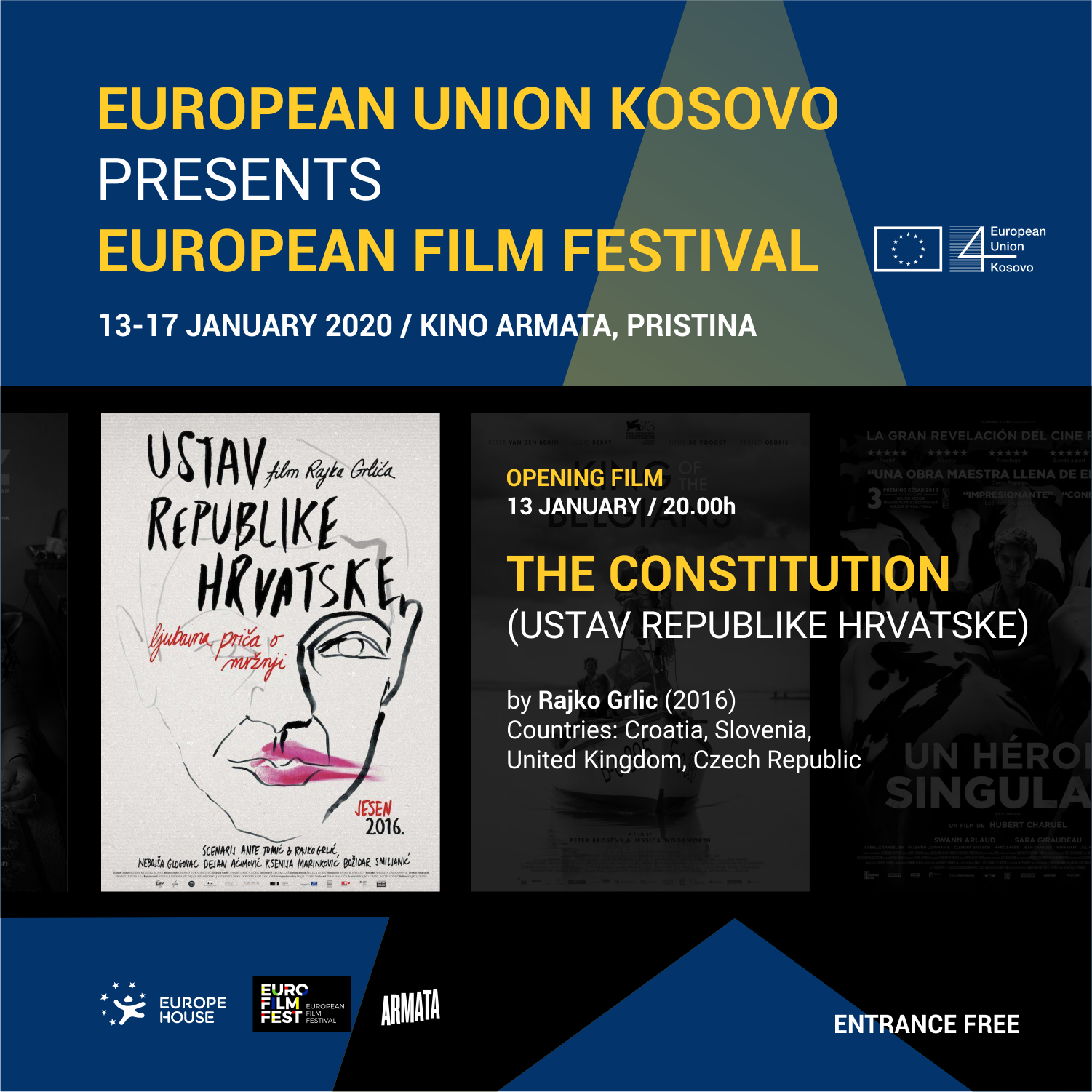 2019 highlights at Europe House in Pristina and North Mitrovica