On Europe Day, the EU institutions have again opened their doors to the public with a variety of activities and events for all ages. Each year thousands of people take part in exhibitions, street art performances, workshops, open days, concerts, children plays and games and other events to mark the day and raise awareness about the EU.

The EU Information and Cultural Centre in Pristina and North Mitrovica have also joined the worldwide celebrations to mark the Europe Day in Kosovo, with various activities involving interactive bus, exhibition of books, EU square, activities for the youngest etc. with participation of the EU Office/EUSR, EULEX, Ministry of European Integration and EU member states.

The Europe week was launched with Piano Recital performed by virtuoso duo ARIADITA on 8 May in Red Hall of Pristina Youth Centre. Two outstanding pianists Ardita Statovci and Ariane Haering performed their repertoire containing the greatest masterpieces of the 20th century by famous European classical composers including a piece from a Kosovo-born composer, in front of a large Kosovan audience.

The Europe Day on 9 May was marked with an exhibition of hand-made books with the EU content crafted by children of Gjakova, during a three-day workshop facilitated by NGO Education Comes First in Gjakova. The book exhibition was warmly greeted by the Head of the EU Office/EU Special Representative, Nataliya Apostolova, and Minister of European Integration, Mimoza Ahmetaj.

On 9 May, interactive bus – Learning through Play took off to reach out youngsters in Prizren, Gracanica and Pristina offering entertaining group games and fun challenges while providing information about the EU. This activity was organized in partnership with the National Museum of Kosovo and aimed at giving children the opportunity to learn about the EU through games and quizzes designed specifically for schoolchildren.

The final destination of the interactive bus was the EU square “Meet the European family” that held at Zahir Pajaziti square in Pristina, whereas nine EU member states embassies together with the Ministry of European Integration and the EUICC offered publications and information about their respective country and other generic information related to the EU.

Head of the EU Office/EU Special Representative Nataliya Apostolova together with the Head of EULEX Mission Alexandra Papadopoulou and Minister of European Integration Mimoza Ahmetaj joined the street activities in the centre of Pristina. “On 9 May we celebrate peace and unity in Europe. On this day, we reconfirm our common values of solidarity, democracy, rule of law, and freedom,” said Apostolova.

A group of renowned visual artists from Pristina and North Mitrovica created a mural in public spaces on the theme of education, to be donated to the cities as a permanent exhibition.

The live concert by a Belgrade-based rock band Vroom was held on 9 May in North Mitrovica, as part of the Europe Day activities gathering a great number of young music fans. 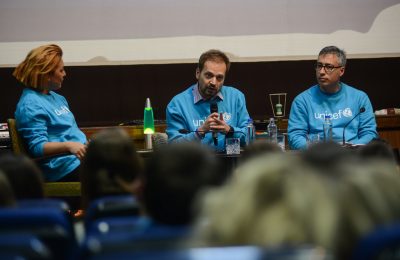 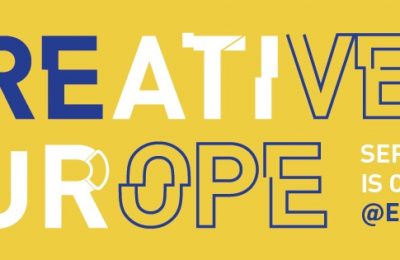