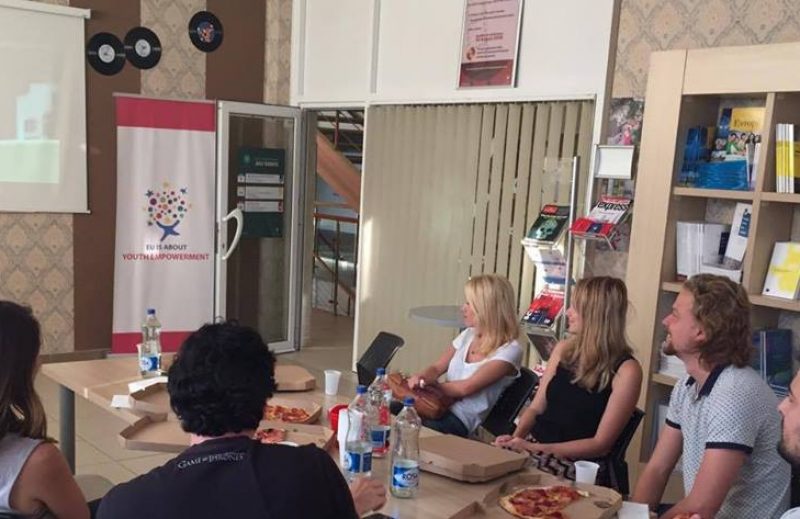 During the month of August the EUICCs in Pristina and North Mitrovica organized activities related to its EUICC bi-monthly campaign on Youth Empowerment. In cooperation with DokuFest, International Documentary and Short Film Festival, the EUICC screened a  film by the Riahi Brothers “Everyday Rebellion” to also launch the beginning of one of the largest film festivals in Kosovo, a festival that makes use of the cinemas and improvised screening venues around historic city center of Prizren with a selection of more than 200 hand picked films from around the world.

“Everyday Rebellion” is a cross-media documentary about creative forms of nonviolent protest and civil disobedience worldwide and a story about the richness of peaceful protest, acted out everyday by passionate people from Spain, Iran, Syria, Ukraine, USA, UK and Serbia. The film illustrates how nonviolence has scientifically been proven to be more effective and successful than violent protest. Despite this, nonviolent protesters are feared because they are rapidly changing the world by challenging the power of dictators as well as global corporations.

Supporting the bi-monthly campaign on Youth Empowerment, the EUICC launched the short film competition calling all filmmakers in Kosovo to produce a short-film under 5 minutes focused on an EU-funded development project. To facilitate young filmmakers and enthusiasts interested in submitting their shorts, the EUICC organized a master class focused on tips and tricks in making a documentary or film with tutors Blerta Zeqiri and Gazmend Bajri, two young film directors in the Kosovo scene. Some of the main points presented at the workshop focused on identifying a topic and storytelling, the methods of research during the making of a documentary, particularly, planning and coordination. The participants were introduced to the basics of filmmaking, core story points and how to transmit the same intrigue to the spectator, in a relatable manner.

Blerta Zeqiri guided the young filmmakers through a shot list starting with interviews and people of interest, editing tips, and most importantly the script structure. Filmmaker Gazmend Bajri talked about the use of music in films and copyright issues which should be noted for all upcoming filmmakers. Some of the questions raised by the participants were related to the criteria of evaluation of submissions and what EU projects should be given priority during the making of the film/documentary. The EUICC team provided a list of all EU development projects taking place in Kosovo and guidelines on how to approach them for interviews and information.

The EUICC will continue its bi-monthly campaign on Youth Empowerment during the month of September with a diverse set of cultural and informative events. 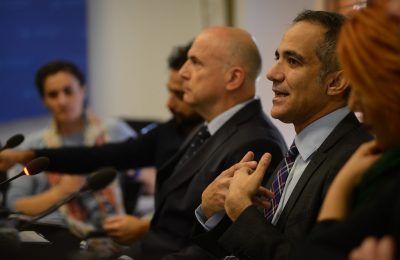 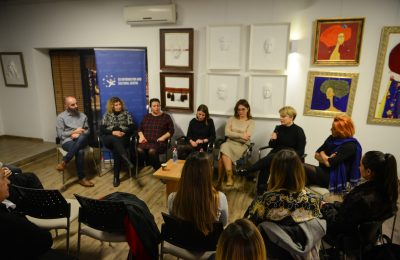 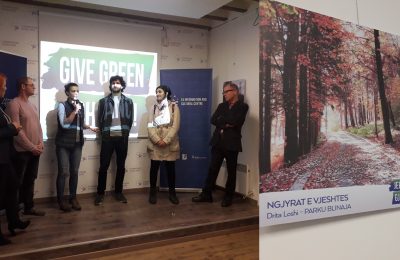